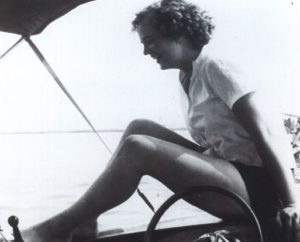 2021’s National Women in Construction Week spans March 7-13. And at Metallic Products, we wanted to take the opportunity to shed some light on an incredible woman who not only helped to pioneer our industry, but to shape our company’s future. That woman? Past Metallic Products CEO Betty Ferguson.

Betty was born in 1931 in Dayton, Texas, a small town near Houston. Strong and independent right from the start, she graduated from Houston’s Sam Houston High School before moving on to study accounting and stenography. Betty worked various roles before becoming secretary and accountant for Sam Bryant, who owned a number of properties — and whose office shared a wall with Metallic Products.

Close proximity meant she interacted regularly with the Metallic Products team and, in 1973, when  company head Roy Hairston took note of Betty’s skill on the job and beaming personality, he invited her to join on as Metallic Products’ accountant.

The rest, as they say, is history. 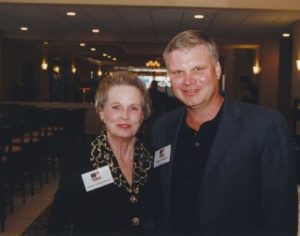 Betty’s foray into the steel building accessory industry came when she was 40 years old, and at an interesting time for the company. Before we came into being, metal building manufacturers assembled their own ventilators on-site. Metallic Products revolutionized the industry by allowing them to outsource that work and, for a time, we were the only ones doing so. Pretty soon, however, competitors joined the ranks. Before we knew it, Metallic Products had multiple competitors — and no salesmen. Sales naturally began to dip.

Betty’s son Daryl Wendt (who eventually became owner and today serves as vice president of business development) tried his hand at selling the products during his summer vacation. Although he found reasonable success, the company soon learned that having a part-time salesman wasn’t enough. That’s when Betty decided she’d give it a try.

This decision was an unprecedented move, making Betty the first woman to tackle sales in the male-dominated steel building industry. On top of that, she was up against competitors using predatory tactics to undercut the company’s prices — and who specifically stated they were out to put Metallic Products out of business. 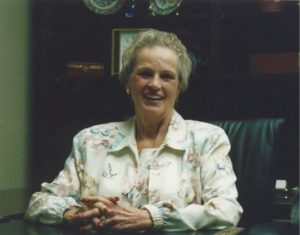 Betty might have had her work cut out for her, but she proved she was the woman for the job.

Her in-depth knowledge of the company’s products, paired with her natural charm, made her a shoo-in among current and potential customers. She worked tirelessly, traveling frequently for sales calls while still managing the company’s accounting work. In our parts, she’s widely believed to have been the person who held our company together when times got tough.

In 1981 we brought on a full-time accountant to relieve Betty of some of her duties, so she could focus on sales. When the oil recession hit in 1982, bringing with it years of stagnant business, she diligently continued that work.

Betty enjoyed her work with Metallic Products and purchased bits of the company as years wore on. By 1992 she owned a 25% share, and shortly after became a 50/50 owner with Roy’s son, Mike Hairston. At that point, Betty became CEO. 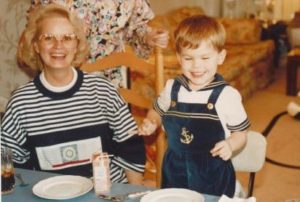 She happily continued her work until the early 2000s, just before we moved into our current home. When Betty was struck with a series of strokes that eventually led to dementia, she retired from her beloved company.

On July 19, 2009, the determined woman who so deeply loved her family and company, who enjoyed traveling and gave back through organizations such as the Houston Livestock Show and Rodeo, passed away.

Metallic Products has seen tremendous change over time — exciting growth, lean years, product introductions and advancing technologies. Through it all we’ve remained a family-owned company, with Betty’s grandson Travis Wendt currently serving as owner and president. We’ll be the first to say it’s been a team effort, but we know our company and industry wouldn’t be where they are today without Betty Ferguson’s determination. During National Women in Construction Week — and all year long — we are grateful for the women working to change our industry and company for the better.

Captions: 1: A young Betty Ferguson enjoys an afternoon on the water; 2: Betty and son Daryl Wendt; 3: Betty inside her office during her time as Metallic Products CEO; 4: Betty and her grandson, a young Travis Wendt, who today serves as owner and president